Another Dam is Gone

The Canton Ave. Dam in Milton has finally been removed!

After more than 5 years of working to free the stretch of Pine Tree Brook, from Pope’s Pond up to its source in the Blue Hills, the major impediments to trout passage have been removed. 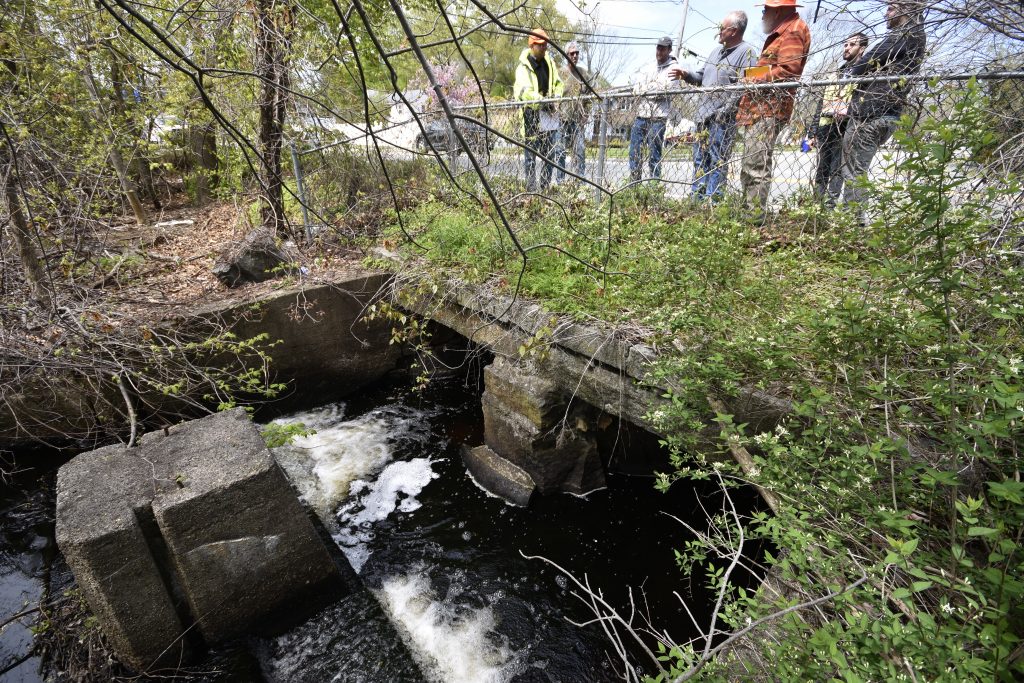 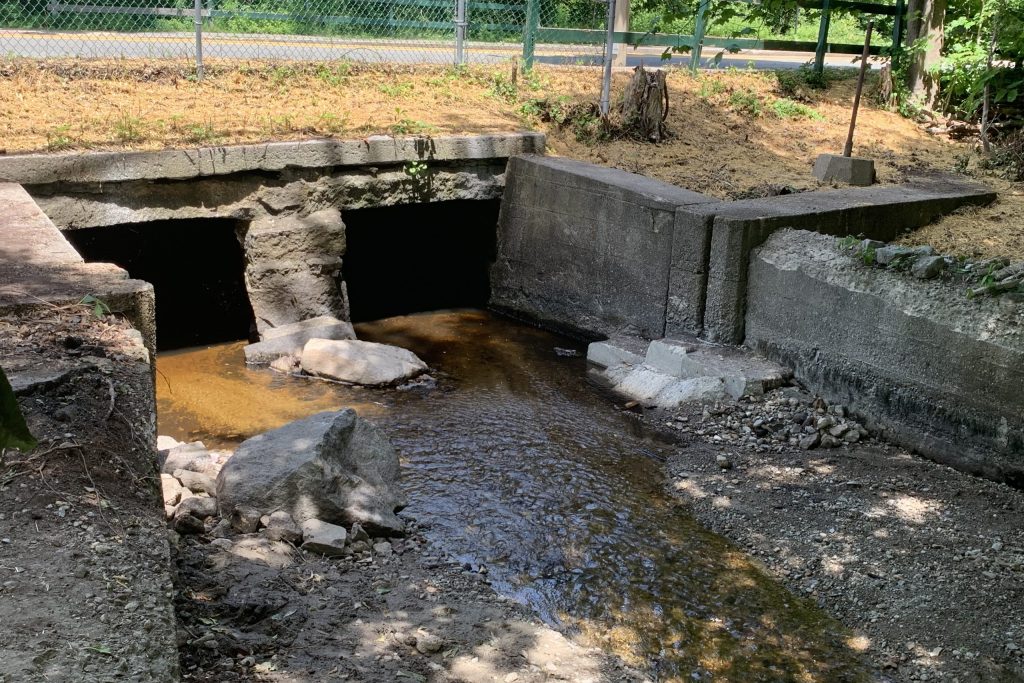 The Canton Ave. Dam in Milton was the last substantial barrier to fish passage on this stretch of the Neponset tributary. As one of only a few remaining streams to host native Brook Trout, Pine Tree Brook is an important resource for the community and the wildlife that calls it home. Brook Trout can now pass from the headwaters down into Pope’s Pond and back, freeing up great areas of habitat for them.

Initially set up as a way to create a neighborhood ice rink, the Canton Ave. Dam has long since outlived its usefulness. Flashboards installed on the dam would allow the Brook to top its concrete basin and spill out into the woods, where it would freeze and provide a place for recreation. However, with the nearby Ulin Rink (built in the 1950s) the dam only served to thwart fish from easily moving up and down the Brook.

NepRWA eventually came up with a plan to remove the dam, as part of a larger project to remove 3 barriers along Pine Tree Brook. Although volunteers were able to widen the breach at Harling’s Mill Dam and NepRWA’s lobbying efforts secured the removal of flashboards at the Harland St. flood control dam, liability concerns drove the dam’s owner, Mass Department of Conservation and Recreation (Mass DCR), to seek out alternative means of removing it. 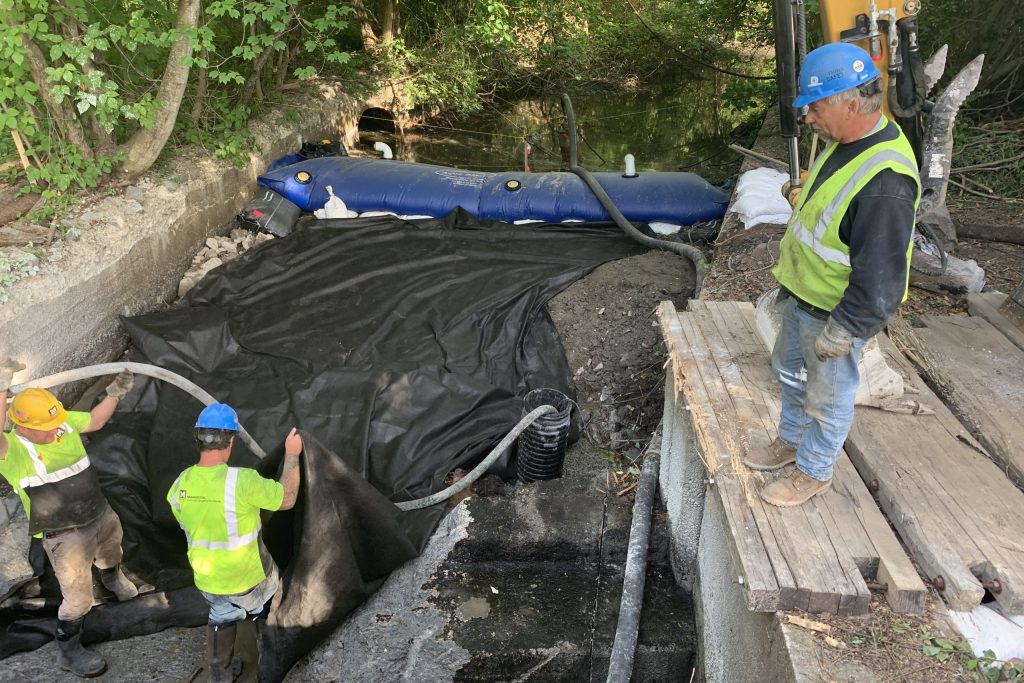 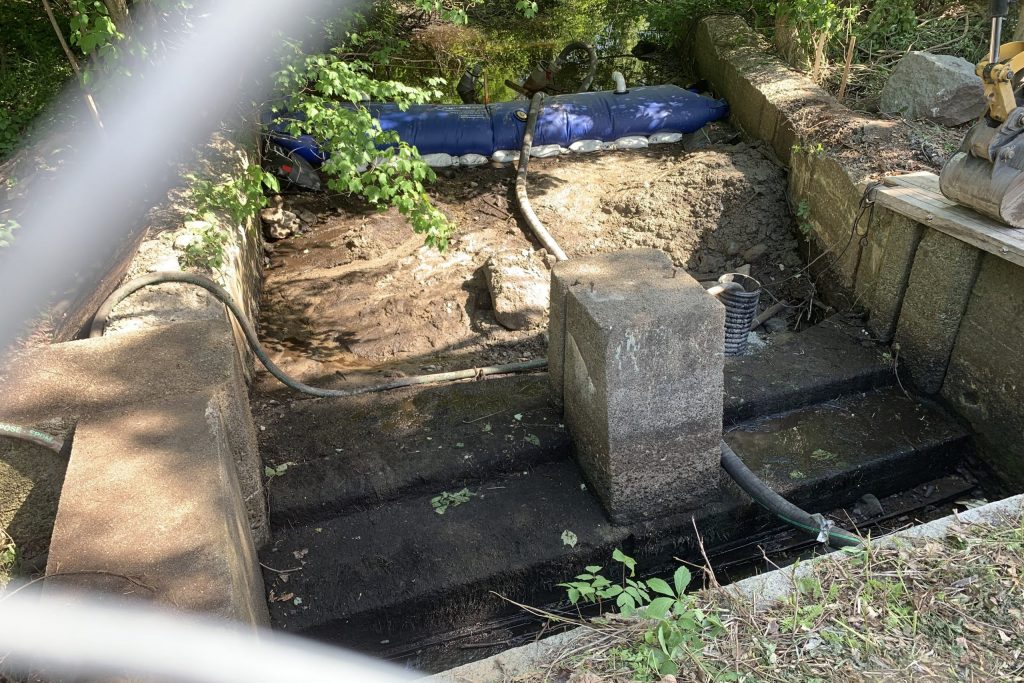 With funding secured by NepRWA through the Bonneville Environmental Foundation, Mass DCR was able to work with GZA GeoEnvironmental, Inc. and Maverick Construction to remove the dam.

Over a week’s period in early June, Maverick Construction was able to reroute the water, remove the dam structure, and contour the channel bottom to simulate a natural stream bed. Though the concrete channel remains, the Brook now flows smoothly over what was once a more than 1-foot drop.

With the dam now out, trout are free to roam this entire stretch of river and venture down from the Blue Hills when water temperatures permit. 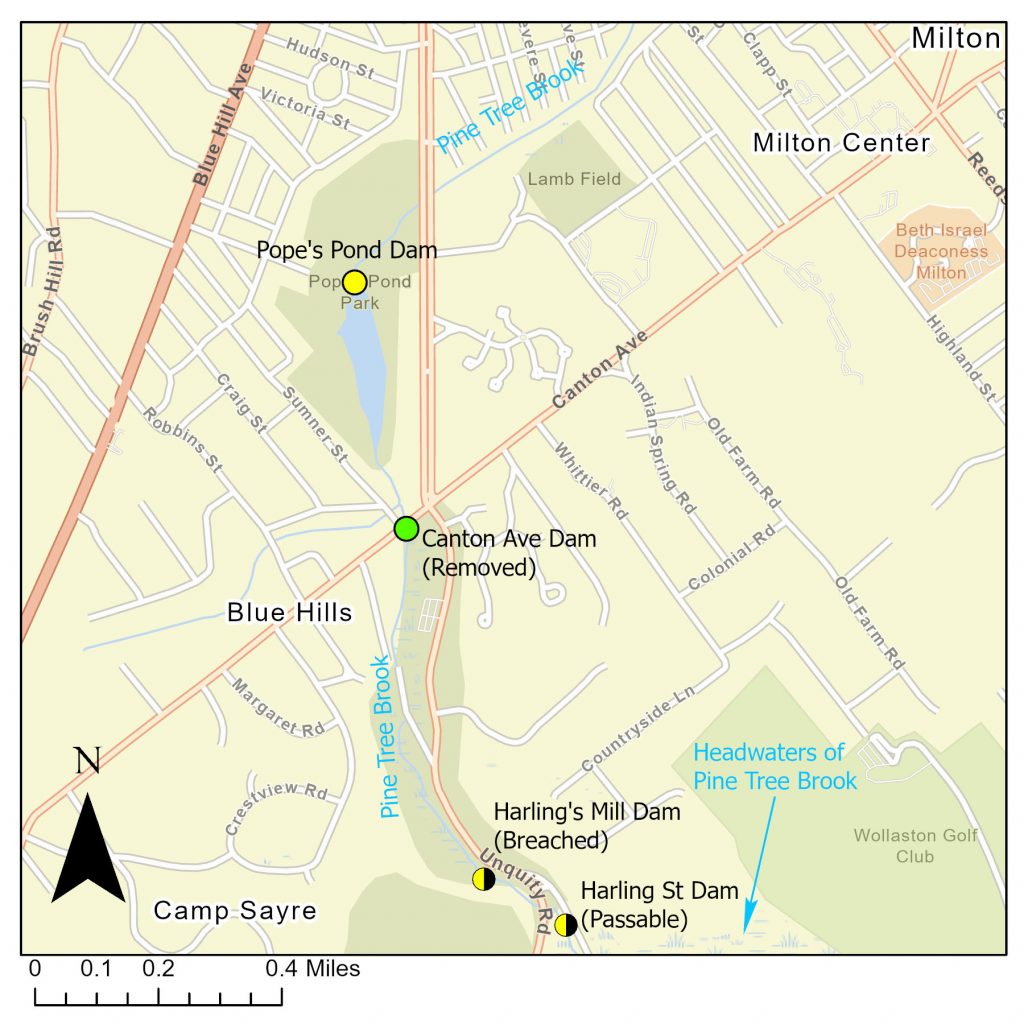 We thank our partners for working with us in getting this dam removed: Mass Department of Conservation and Recreation, Town of Milton Conservation Commission, Bonneville Environmental Foundation, and NepRWA partner organization Greater Boston Trout Unlimited, as well as the tireless efforts of NepRWA members and volunteers.