Advocacy in Action: How about some coffee with that budget request?

Sometimes you just have to take the message directly to the people who need to hear it. That’s exactly what the Neponset River Watershed Association did on April 12th when it joined with other members of the Southeastern Massachusetts Watershed Action Alliance to host a legislative breakfast at the Massachusetts State House. 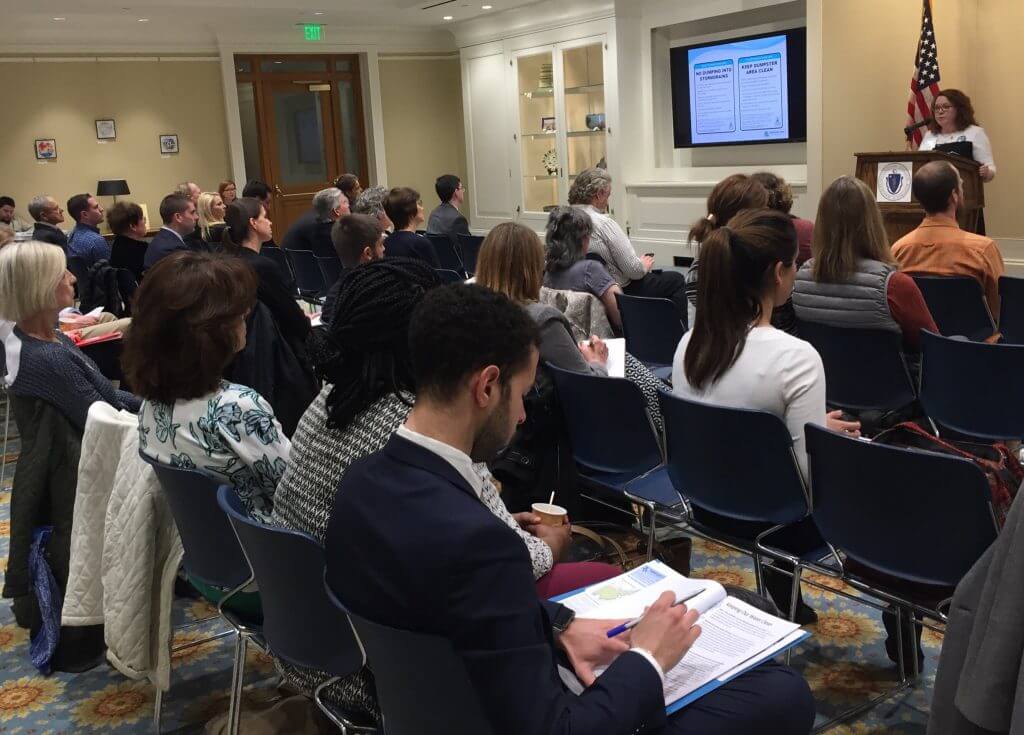 We developed the breakfast to educate legislators about the important work of watershed associations, particularly as partners with local municipalities on issues such as management of polluted runoff, habitat restoration (e.g., dam removal), and water conservation. Participants also asked legislators’ support for critical environmental programs, including those managed and enforced by the Departments of Environmental Management, Conservation and Recreation, and Environmental Restoration.

The event also provided an opportunity for individuals to meet with their elected officials and explain why these issues are important to them. Many legislators from the Neponset River Watershed attended or sent key staff, including Representatives Barrows, Coppinger, Driscoll, Galvin, and Kafka, and Senators Chang-Diaz, Feeney and Timilty.

Events like these are a key tool for citizen advocates to get to know their elected officials, express their views on issues, and be involved in the legislative process. It’s also an opportunity to thank them for their support; just before the breakfast we learned that the Massachusetts House of Representatives proposed a budget that fully funded the three line items we were asking them to support!

All-in-all, the event was a great way to connect citizens with their elected officials. You don’t have to be an expert in public policy or the programs and issues you support to be an effective advocate. You simply have to care—telling the story about why you care will convey the importance of the issue to your elected officials. And the more of us who tell these stories, the more support we’ll get from those making key decisions about vital environmental programs.