Neponset River Greenway, on the Boston and Milton shore of the Neponset River, is a miles-long, waterfront multi-use trail. 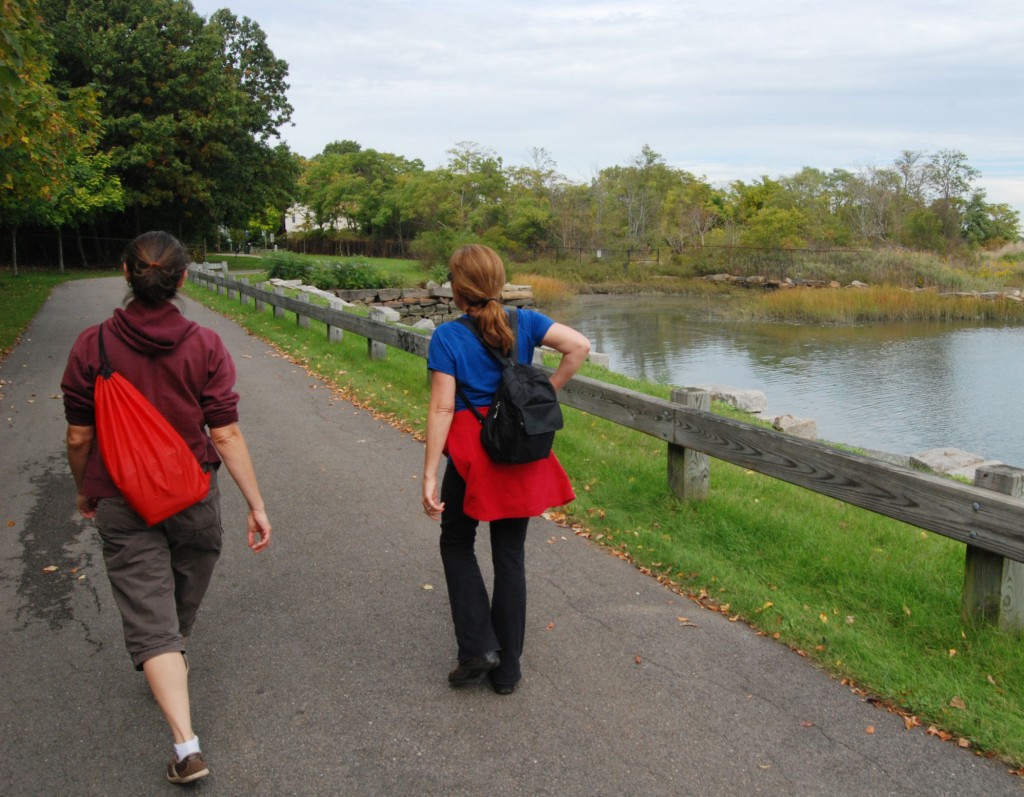 The Neponset River Greenway Trail on the Boston and Milton shore of the River is a miles-long, multi-use trail that, when completed, will extend from the mouth of the Neponset River in Dorchester (Port Norfolk neighborhood) to the Martini Shell in Hyde Park.

Uniting the communities of Dorchester, Hyde Park, Mattapan and Milton, the trail connects a series of parks and provides an exciting opportunity to appreciate the outdoors in an otherwise urban area.

The Massachusetts Department of Conservation and Recreation (DCR) owns much of the shoreline, including the abandoned railway line which was transformed into the Greenway trail  from the mouth of the Neponset River Estuary through Pope John Paul II Park (paralleling the trolley line), and onward.

Since Pope John Paul II Park opened in 2001, it has been busy with dogs, kids, kites, joggers, walkers and bikers. The park contains 1/4-mile of the Neponset Trail. The rest of the trail, downstream to Port Norfolk and upstream to the Central Ave. Bridge between Milton and Dorchester, had to be cleared of arsenic-contaminated soil. Arsenic was a key ingredient in an herbicide that railroads used until the EPA banned it in 1980.