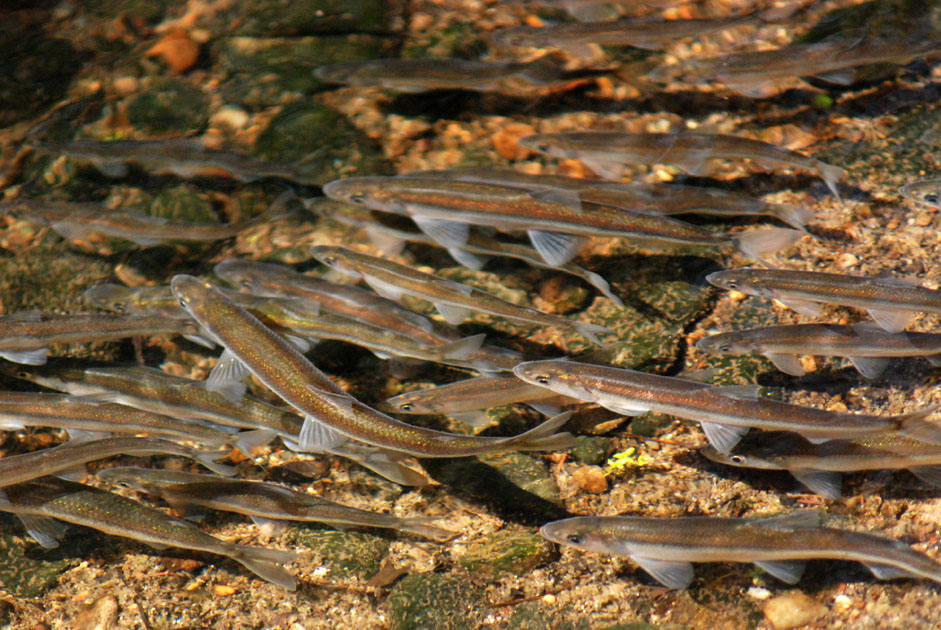 Migratory fish species, which for thousands of years swam up the Neponset River to lay their eggs, now have no access to the river beyond the Baker Dam.

These fisheries were a critical food resource for Native Americans for at least 10,000 years, and were an important resource for early European settlers as well.

If both the Baker Dam and the Tileston & Hollingsworth Dam were modified or removed – enabling the river to be “open,” in a sense – American shad, blueback herring, and alewife would come from the ocean to lay their eggs upstream, and their offspring would head back to the ocean in the fall, restoring these “anadromous” fish runs along 17 miles of the Neponset River.

These runs would extend to the communities of Dorchester, Quincy , Milton, Mattapan, Hyde Park, Canton, Dedham, Westwood, Norwood and Walpole. The Department of Fish and Game has evaluated fish habitat in these upstream communities and found it well suited for anadromous fish spawning if the dams were not blocking the runs.

Shad and herring make up a large part of the diets of popular salt water sport fish such as striped bass and bluefish. Dam removal would enhance the existing sport fisheries in the Neponset River Estuary. In addition, American shad are considered a sport fish in their own right.

Resident freshwater fish species in the Neponset River, such as largemouth bass and sunfish, would also benefit from restoration of the natural river flow and resulting cooler water temperatures and higher oxygen levels.

Finally, herring and shad are important links in the larger Gulf of Maine food chain which supports numerous commercial fish species. Fishery restoration on the Neponset River would provide an incremental benefit to the overall commercial fishing industry in New England.

In addition to enhancing predator fish species, the restoration of anadromous fish would have a beneficial effect on the overall ecology of the river, extending to a variety of bird and mammal species such as great blue herons, eagles, and osprey to name just a few.

Other migratory species that would benefit if the dams were removed include rainbow smelt and American eel. Smelt currently spawn in Lower Mills below the dam. Dam removal would allow spring tides to move roughly 100 yards further upstream, expanding the smelt spawning area and providing more desirable salinity conditions for the smelt. American eels are a “catadramous” species; they spend their adult lives in freshwater rivers and then migrate to the open sea to spawn.

In the absence of dam removal, none of the above benefits from fishery restoration would be realized.