Help support improved trails and parks throughout the Neponset Watershed 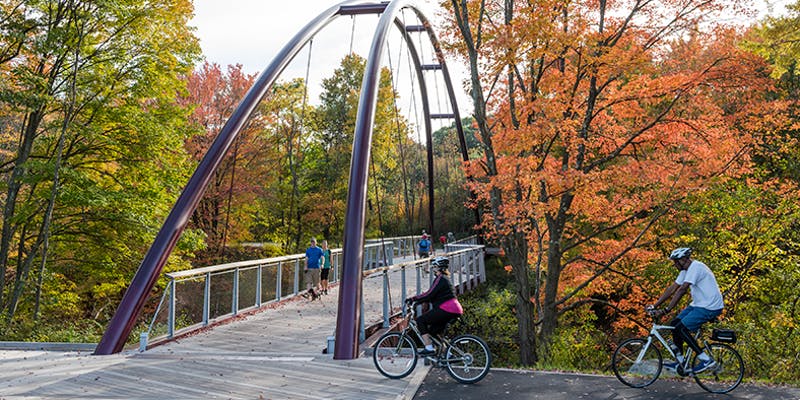 Two generous local donors have offered to contribute $12,000 to help expand work on public access, trail connections, and greenways in communities across the Neponset Watershed, if we can raise another $12,000 in new or increased gifts from our members and friends before December 31.

Please consider making a monthly or one-time donation to help us meet this challenge, and get more people outside enjoying the Neponset River and becoming advocates for protecting it!

Your support will help to:

Please donate today so that EVERYONE can enjoy the Neponset Watershed!

Opening up public access and creating greenways enables more people to experience the natural beauty in our backyards. It’s good for our physical and mental health. It builds social and civic capital that strengthens our communities. It even helps reduce crime and carbon emissions.

It’s also critical for sparking interest in conservation and engaging a new generation of activists to protect our Watershed (and our planet) for years to come.

Because of historic pollution and development patterns, much of the Neponset River and its watershed have been hidden from view, fenced off and inaccessible to local residents, earning the Neponset the nickname Greater Boston’s “Hidden River.”

That reputation a is changing thanks in part to projects where your past support played a role, like the Quincy Riverwalk, the DCR Neponset Greenway, Farnham Connolly Park, and public access to Willett Pond. But there’s still much, much more to do.

With your help, NepRWA aims to expand its traditional efforts working with cities and towns, state agencies, land trusts, private developers and community groups of all sorts.

With the closure of the Boston Natural Areas Network who played a critical role in advocating for the Neponset Greenway, the need for new nonprofit resources on the Neponset has become even more pressing.

Please donate today to advance this important work in your community and take advantage of our year-end challenge grant!